Staying Connected and Leaning In: Singles in Church Community 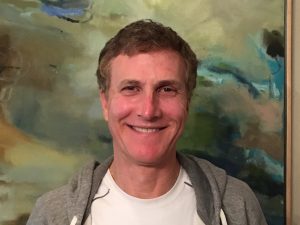 Singles make up a huge proportion of the American population. A 2017 Pew Research study found that 42% of adults in the U.S. live without a spouse or partner. And, among those under 35, singles are the majority, comprising 61% of young adults.

However, church congregations often do not reflect the high proportion of singles in the general population: A Barna study conducted around the same time found that less than a quarter of active churchgoers are single.

Effectively reaching out to singles in our congregations and communities requires understanding their needs and what they’re seeking most from a church. The aforementioned Barna study revealed that the majority of singles who are not active in or committed to a church are searching for meaning and purpose in life. Half said they have emotional pain or frustration they would like to resolve and nearly half (45%) said that it feels as though something is missing from their life. These are all needs that can be filled within the community of a local church.

When Taki Constantine moved to San Antonio in 2017, he knew that finding this sort of community was incredibly important, and began searching for a home church. After failing to find what he needed at another local fellowship, he accepted an invitation to try Gathering Midtown—and never looked back. “I was just so enraptured by it that I became a member,” he recalls.

“It’s such an interesting church,” Taki says of Gathering Midtown. “It’s a really great environment. It’s downtown; it attracts a lot of very young people.” As a self-described “older single,” he was drawn to the church’s demographic. “I’ve always really loved being around younger Christians and experiencing Jesus the way they do, because it’s nice to get their perspective and their enthusiasm,” he explains. “They really volunteer a lot; they’re active and they bring so much energy to it. And, they are very inclusive, inviting me to things and including me in things. So, that’s very nice because I’m quite a bit older, and yet they don’t make me feel that way.”

This sense of inclusion plays a huge role in making a church a place that draws singles and helps them find integral roles within a local body of believers. Taki says he has been blessed by the way church members and leaders alike have personally reached out to him, sharing that the associate minister has met him for lunch several times and that others in the congregation check in with him and invite him to sit with them and serve with them. And, he’s appreciated opportunities to be involved in the lives of others. “I don’t ever feel like I would walk into that church and it would be OK to just sit in the back and not engage.”

Taki estimates that his church is comprised of half singles—far more than the average for American churches—and personal, meaningful connections play a vital role in making Gathering Midtown and other churches welcoming environments. He stresses that fellowship is vital, and that it must be structured in a way that meets individuals’ needs and fosters spiritual growth.

Meeting needs requires more than a one-size-fits-all formula. Taki points out that not all unmarried adults within the church view their singleness in the same way. “For some people, it is hard on them; but other people embrace it. … Each one has different needs.” For churches to effectively minister to singles, they need to meet the needs of both those who are joyfully unmarried and those who are earnestly seeking a spouse.

However, one common thread of need is the desire for authentic connection. Singles, Taki says, are seeking more than just surface-level bonds with other believers: “They’re not just looking to have cookies and punch at someone’s house. They really want to connect with people; they really want to have those deep conversations and help each other.” He adds that they need environments where they can freely share their struggles, and support and build up others as well. “They need to be accountable, in a grace-oriented way and a truth-oriented way.”

As an older single, Taki senses the importance of taking initiative to connect with others. “Being that I’m older, I feel a responsibility to be a proactive person, to show a little bit more leadership even though I’m not in a leadership role. I feel like as an older single, you really need to make sure that you are creating initiative on your own.”

Taking this initiative is easier in a welcoming environment like Gathering Midtown, and Taki sees how events designed especially for singles can be particularly beneficial for the younger generation. “I remember how important it was for me as a young person to have that fellowship through church … because you felt so safe in that environment and so included. Everybody was open-minded and we just felt so comfortable with each other because we had that common link.”

When he thinks about the younger generation of singles in his church, Taki prays and hopes that they will remain connected to the Church no matter where life takes them. “I just pray that they don’t get distracted and stop coming. I pray that they never stop coming! … That’s always my prayer. It’s hard to see young people without that connection to the Body of Christ.” He urges his younger counterparts: “Just stay connected! Stay with it!”

Taki also emphasizes the role of service. Singles, Taki says, are sometimes an untapped resource in the church. He shares that he’s more able to take on volunteer and leadership roles because he has more time on his hands than many of his married brothers and sisters in Christ, and he urges churches to encourage singles to be involved in service. “Encourage singles to lean in; create an environment where they can. They will be rewarded through the Holy Spirit, and they will be so enriched.”