Could Every Church Plant? 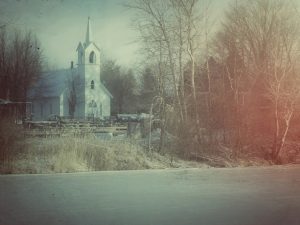 “The harvest is plentiful, but the workers are few. Ask the Lord of the harvest, therefore, to send out workers into his harvest field.” Luke 10:2

In Shadwell, East London, a stone’s throw from the ancient City of London walls, the local population includes 45% Bangladeshi Muslims, 45% young professional people and 10% indigenous Londoners (“Cockneys”). In 2005, before we first planted St. Paul’s Shadwell, 10 people (0.25%) went to church. Now, after eight years of mission, there are 200 local people (5%) and another 150 from further afield. That is great growth, but there’s still 95% to go! There are no other churches in this part of Shadwell.

But who can do it? Many church leaders I have spoken to have never imagined that they could church plant. “Surely you need to be massive before you can even contemplate that?” they say, thinking about the larger churches in England, like Holy Trinity Brompton, which has planted 25 churches including us in 2005. Is church planting only possible for well-resourced churches?

No! Church planting is not dependent on church size. Many churches feel they’d like to plant in the future but are still building up their base. But they will never be big enough on that basis. What is big enough?

I learnt my own lesson about this. I wrote in my journal a growth plan of what I longed to see the Lord do in Shadwell. I drew graphs of church growth versus years after planting. I thought optimistically that we would grow to many hundreds and plant a church after five years and another after eight. In 2010, after a year’s negotiation, we were invited to plant into two historic parish churches within one week of each other. Our growth targets had not been reached by any stretch of what I thought was needed originally, but we had two leaders ready to go, with a small team going with one, and the promise of a dribble of people to the other. Since then, it has been amazing to see God doing the mathematics. We grew by 25% within a year after planting. There are now 100 in each church plant and a third church has been planted since then.

As I see it, many more churches could plant. It is not dependent on church size. It is not even dependent on money or resources or team size. I have seen God look after all those things. It is dependent on a vision to see it happen and a determination to follow through on that vision and a leader to be ready to do it.

I wonder what our cities would look like if we simply agreed with Jesus’ request to pray for more church planters to be trained up and sent out into the amazing harvest fields around us.

Ric Thorpe and his wife, Louie, planted St Paul’s Shadwell in London’s East End in 2005 and have gone on to plant three additional Anglican churches in urban priority areas nearby.